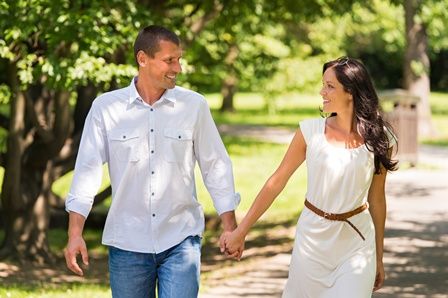 How to Help a Man to Be Open with You

High-quality men crave and want to feel close to the woman they care about.  And since men weren’t raised to be open and vulnerable, it’s hard for them to share their innermost thoughts and feelings.  Even if they want to, they’re not sure how to do so.

Masculine men tend to want to be seen as strong.  Since many women perceive vulnerability as being weak, most men aren’t inclined to bare their souls, nor their true thoughts and feelings.  And when men have tried to open up and be vulnerable, many women haven’t responded positively.

Why a man’s ability to open up depends on you

Helping a man open up has to do with the space you create for him and your own communication style.

If you’re like most women, you started off at an early age being open with your family and friends.  As time went on, you may have gotten in trouble from your parents/caregivers, when you were too open, instead of getting the responses you hoped for.  You then learned it was dangerous to be open.  So you learned to swallow your voice instead of sharing your true thoughts and feelings.

If what you’ve just read rings true to you, you may be wondering, “How can I help a man be open?”

The truth is, it only takes one person in a partnership to change the dynamics.  And since most women are better equipped to cultivate closer relationships, you can be the woman who encourages your man to open up, simply by the space you create and your communication style.

What you can do to help him open up

Be clear by communicating in the moment so that he knows where you stand rather than letting things build up, which causes communication to be convoluted.  When a man can hear you clearly, he understands what you're saying and is better able to respond.

Be honest by expressing your true thoughts, feelings, needs and desires instead of expecting him to read your mind or not wanting to hurt his feelings.  When you’re honest about what’s really going on, he’ll be more likely to respond in kind.

Be patient when he’s struggling with how to say something.  Let him express things the way it comes out, even if it makes you feel bad.  Remember, he’s with you because he cares about you and loves you.  So if he says something that is a bit off-putting, try not to take it personally.  We’ve all stuck our foot in our mouth and said things we didn't mean to say.

Be compassionate during difficult conversations by listening openly to understand instead of listening to defend or being closed to what he’s saying.  When you’re compassionate, you’ll be building a solid foundation for him to speak up and resolve sticky situations together.

How has your perception expanded on helping men be open with you?