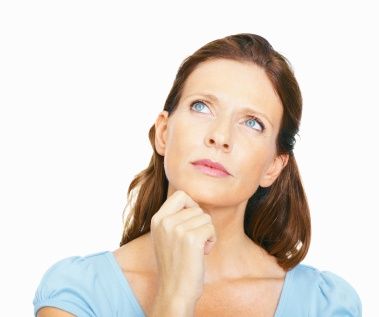 Is He Serious About Me or Not?

You should know within 3 months how a guy really feels about you.  If you really like him and he’s into you, you’ll feel secure and calm instead of being up in your head trying to figure out how he feels about you.

When a guy is serious about you, here are 10 things he’ll be doing

Ultimately, when a guy is serious about you, he‘ll woo you.

But what if you were with a guy who gave the impression he was into you, only to find out otherwise?

There’s always a sign that reveals his true intentions – even if it’s subtle.  The trick to seeing it is to be present and aware of what’s really going on instead of getting caught up in the need to have this relationship work out.

Chances are, there were things he said or did that didn’t quite feel right to you.  And if you’re like many women, you believed his words and second guessed his red flag behaviors while anxiously hoping for things to turn into more.

So how can you keep the same thing from happening again?

Here are three things you can do to keep from being duped by a guy who gives the impression he’s serious about you, yet acts differently.

1. Reflect on your relationship to see the signs you may have missed and red flags you overlooked.  To pinpoint those areas, think about the times when you questioned his intentions, felt uncertain about things, had doubts when things didn't feel quite right, etc.  Knowing those things will help you better spot things as they happen instead of getting into hindsight is 20/20.

2. Pay attention to his words, behaviors and actions - when a man is serious about you, all three will be in alignment.  If something doesn't feel right about what a man says and does, this is a red flag.  Don't brush it aside or accept an explanation that doesn't feel right to you.  Listen to how your body feels since that's a better indicator of what's really going on.  If things feel right, your body will feel open and uplifted.  If things feel wrong, it will feel tight and stressed.

3. Determine how a guy should be when he’s serious about you (i.e. words, behaviors and actions are consistent, steady communication (not just texts or short phone calls) in between the times you see each other, present and completely in the relationship, etc.).  Then use those as a measurement for a man's true intentions by noticing how he is being and if that matches how he should be.

What if he tries to smooth talk his way back into your life?

There’s a slight chance he may realize he’s more serious about you than he thought, and he may come back.  If that happens, and you still really like him because he’s a great guy, tread lightly.  Don’t pick up where you left off or jump back into things.  Otherwise, the same thing will most likely happen again.

Instead, take things slowly and pay attention to his words, behaviors and actions.  They should be matching up.  Notice how you’re feeling when you’re with and without him.  You should be feeling good about yourself and him.  Let things unfold naturally as that will reveal his true intentions.

What other suggestions do you have to keep this from happening again?