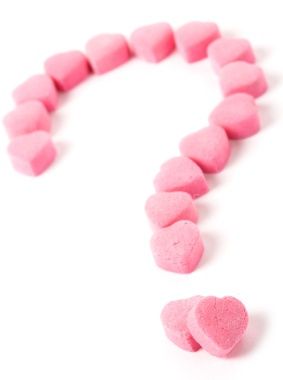 Did I Make a Mistake by Letting Him Go?

That was the question I struggled with for months after our breakup in the Spring of 2001.  After 5 long years, the stress was too much and I finally broke things off.  There were red flags early on in our relationship, but I looked the other way because I was in my early 30s and wanted so much for him to be the one.  Although it took me 4 years to let our relationship go, it was still so painful and I felt much regret.

Why we question ourselves after things end

We lived together and after moving out, I started to question my decision to break things off.  Even though we got to the point where I had enough and knew it was time to leave, and despite the immense stress I felt when we were together, the illusion of love was still there.

After a breakup, amnesia seeps in and can cause us to downplay the problems and struggles that led to the breakup.  Instead, our mind gravitates towards remembering the good times — especially when we feel lonely or when we’re not meeting guys we connect with — which gives us the illusion of love.

If you’re the one who ended things and you relate to what I’ve just shared, second guessing yourself is normal.  If you truly cared about him, the illusion of love can make you think, “What if things could have been…?  What if I could have done or been more…?  What if I don’t meet anyone else…?”

Ways we’re tested when we end a relationship

As the months went by, I became stronger and happier on my own.  Then during the next 12 months, four distinct situations came up to let me know I had made the right decision.

1. A few months after our breakup, I was at dinner with my sister and her boyfriend and saw my ex with another women.  A physical sensation hit me and reverberated within for weeks.  He appeared to be doing well and to have moved on, while I was still alone with no prospects in sight.  Then I remembered how incompatible we were which helped me feel grounded.

2. When the September 11th terrorist attacks happened, he called me right away, asking me how I was.  It was as if the cause of our breakup had melted away, letting us relate and connect on a deeper level.  That was when he asked if we could try to make thing work.  I said I would consider that and would get back to him.  Tragedy has a way of getting us to see things differently – in that moment, I wanted to say yes.  But something inside told me that it wasn’t meant to be and I let him know.

3. When he called to let me know he was moving back to Florida, I felt a pang of regret.  That was the sign that things were really over.  Moving across the country meant there would no longer be the possibility of running into each other.  That chapter of my life and heart were finally closed...

4. Or so I thought when a year later he called me out of the blue, late at night, sober.  He said he broke up with a woman he had been dating for the past 6 months.  He wanted to apologize for all of the pain and stress he caused me.  In their relationship, he was me and she was him.  He finally understood the role he played in our breakup and said if I ever want to get married, to let him know because he would marry me.

Sometimes there’s too much water under the bridge

I remember feeling pleasantly surprised and shocked.  It sounded like he had changed for the better.  For a moment, I felt the connection we had once had. But what followed broke that connection.  I felt there was too much water under the bridge, meaning what was done was done.  I wasn’t bitter.

It was just too late to change the past and best to move on.  The feelings were gone and that last conversation we had confirmed that letting him and us go was the right thing to do.

What you should know

The story I’ve just shared started with dating.  When dating to find love, our journey is hard.  It's fraught with worry, doubt, indecision, disappointment, and all of the feelings that bring us down.  Sure, there are moments of happiness, but those tend to be few and far in between.  And if we manage to get into a relationship from dating, we end up overlooking red flags, sacrificing who we are, and compromising our integrity.

Watch for an invitation to my web training on November 3rd at 6:30 p.m. Pacific time.  You'll be learning:

I’d love to hear your story about letting a guy go and how you dealt with the aftermath.  Let me know in the comments below.  :-)