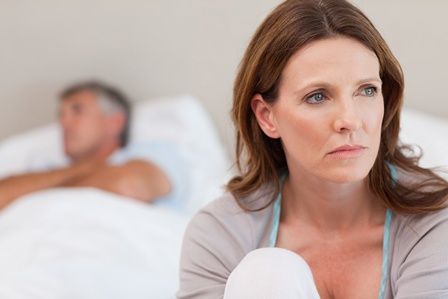 Is Sexual Gratification Making You Feel Empty Inside?

When you want a meaningful connection to lead to an intimate and fulfilling relationship, having sex early on only increases the probability of a hook up relationship.

If you’re feeling used by guys, lonely, and empty inside, it’s because you’re having sex hoping it will lead to more.  Having sex early on only lets a man connect with you physically.  Having a meaningful connection that leads to a real relationship only happens when both of you are relating and connecting on multiple levels.  This lets him experience who you are beyond sex, where he can see your value.

Because so many women are having casual sex – sex without dating, sex on a first date, and sex too soon – guys can pretty much have sex whenever they want with any willing woman.  If you’re using sex hoping it leads to more, you’ll get less than what you’re hoping for.  Because to the guy you sleep with, you’re just a woman to have sex with.  You’re not the one for a meaningful relationship.

When guys get sex easily without having to put forth effort, women become dispensable.  And when a woman is dispensable, she’s easily replaceable.

(Note: The message here is for women who want more.  It’s not meant to judge women who want something casual.  If casual is what you want and it’s not making you feel bad, continue with what you’ve been doing.  If not, read on.)

The only way to reverse this unfortunate cycle is for women who want real and meaningful love to stop hooking up and to stand firm in what they want.  This means…

Don’t get talked into having sex when you want more; don’t do what a guy wants if it doesn’t feel right or comfortable to you; and don’t feel pressured to sleep with a guy early on because you’re afraid he’ll leave if you don’t have sex.  The right man will respect your wishes and take the time to know you.

But if a guy pressures you into having sex, it doesn’t mean he’s a bad guy.  It just means he’s a guy who has been able to get sex from women early on.  Here’s how to tell the difference.

If he seems like a good guy, and makes suggestive remarks about having sex or asks you to sleep with him, say something like, “I’m really flattered you’d like to sleep with me.  You seem like a good guy and at this stage in my life, I’m looking for the kind of connection that can grow into something more.  I’ve found that having sex too soon for me doesn’t grow into that kind of connection.  I’m attracted to you and would very much like to sleep with you after we’ve gotten to know each other more and if it makes sense to take our connection further.  I hope you can understand where I’m coming from.”

Just say no thank you without having to explain yourself

If a guy you like continues pressuring you for sex even after you’ve told him where you stand, just say no thank you.  You don’t have to explain yourself further.  But if you feel compelled to, say something like, “We seem to be in different places about this, so it’s best if we part ways so you can find the kind of connection you’re looking for in someone else.”  Then leave so you can be available to meet a man who is wanting the same kind of relationship.

The bottom line is if you’re tired of feeling used by men and you want to increase the probability for a meaningful connection to lead to a fulfilling relationship, stop hooking up and stand firm in what you want.  The right man will show up and value you for who you are.

Do you agree or disagree with the message in this article?  I'd love to know in the comments below.

Related Article: Guys Just Want to Have Sex with Me. How Do I Keep Them from Rushing Me Into Sex?