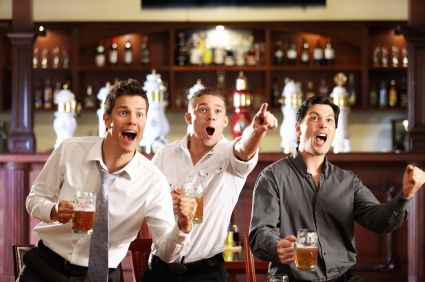 A client of mine inspired me to share the male perspective on dating and relationships. In appreciation for her suggestion, I’ll be including the man’s perspective in upcoming posts. My posts to date have been focused on looking inward and doing the inner work in order to have the love you desire. I believe this is the most important and direct way to true love. At the same time, understanding the male psyche when it comes to love is an important part of your journey.

Many women buy into beliefs about men that are simply not true. I’ve illustrated the following example for you to get an idea of beliefs and how believing them affects a woman’s love life.

A woman’s misperception of men

After experiencing many painful dating episodes and failed relationships, a woman tends to project her negative experiences onto all men. When a woman buys into her beliefs and society’s stereotyping of men, she will continue to see herself as separate and feel disconnected from men.

If she tends to think, “There are no good men out there.” “All the good ones are taken.” “Men are cheaters.” “Men are afraid of commitment.”, she will attract these types of men. It can be a vicious cycle because the more she believes these thoughts, the more she attracts these types of men, proving to herself that what she believes is true. Only by questioning her thoughts and seeing otherwise, will she open up the possibility to attract a good man who is trustworthy and able to commit.

What I think about men

While there have been many wonderful things that have come from women’s liberation (lib), love has been slow to follow. I believe that when it comes to love, women’s lib has caused more confusion for men (and women) than clarity. Women’s lib has caused a woman to act like a man because she’s had to use masculine traits and energy in her career.

When a man interacts with a woman who brings her masculine energy into a relationship, it can seem like she’s trying to be the better man. Men may respect and admire a woman who is successful in her professional life, but may be turned off when she brings the same masculine traits and energy into love. Instead of cooperation, there is competition. Instead of a woman feeling loved and cherished and a man being supported and respected, both are unfulfilled because of their unmet needs.

I believe that many men are looking for more than just a physical connection. They also want an emotional connection, love and support. Underneath a man’s strong exterior is his soft heart and desire to please a woman. If he doesn’t see that she appreciates what he’s trying to do for her or give to her, he will see this as rejection. On the outside, it will appear as if he’s angry with her when he’s really just hurt inside.

The bottom line is that men and women are human beings. They both want love and just have a different approach — not good, better or bad — just different because of the way they are hard-wired.

There are great available men

Instead of projecting your negative experiences with one man onto all men, know that there are great men out there. Take the time to understand how men are wired. Accept and delight in their differences. Analyze and assume less. Appreciate and understand more. Focus on the wonderful qualities and traits of men.

If your relationships haven’t worked out, be open to the possibility that it’s you, not him. Take responsibility for your role in relationships and make the internal changes that will bring you the love you desire. If there are specific topics you’d like to better understand about men, let me know and I’ll include them in future posts.