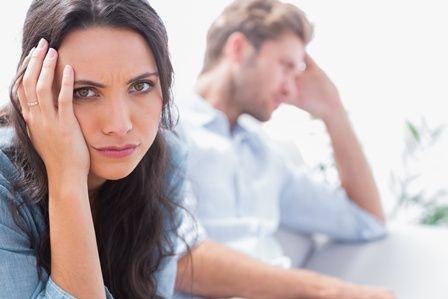 Why Guys Have Become Lazier in Love

If you’re doing most of the work in your dating life or relationship, and don’t like the way things are progressing, you might think guys have become lazier in love. If this is your experience, it’s helpful to understand how things have become that way. My perspective is many women have unintentionally allowed or enabled them to become that way. But here’s the good news...it also means women can reverse this by not allowing or enabling guys.

When you’re the one initiating contact, making dates and plans, making arrangements for both your social calendars, you’re essentially doing many things your guy should be doing. And this makes it easy for him to not have to do much which can make you feel unappreciated, taken advantage of, and eventually resentful.

It’s not completely their fault

Ever since women’s liberation has given us financial stability and control in virtually all areas of life, some women have taken things to an extreme, and in the process, devalued the very qualities that should be valued in men. These qualities include letting men pursue and initiate on their own time, being the leader in the relationship, being chivalrous, etc.

Many women send the message that they don’t need a man, even though under their bravado is a secret desire to find a good man. When men get this message, many feel discouraged and uncertain because of the way things have progressed. And as a woman, instead of feeling disappointed or angry, could you feel compassionate instead…?

It’s got to be difficult not knowing how best to pursue and initiate with a woman when she’s the one pursuing and initiating. It must be demoralizing trying to be the leader in a relationship when a woman is trying to control things or constantly changing plans. And wanting to open doors for a woman when she opens them herself can’t be an enjoyable experience.

What women allow is what will continue…

You may have heard of the saying, “We teach others how to treat us.” When a woman is doing everything in her love life, she’s teaching a man that it’s okay to be lazy because she’s going to take care of things. Even if you don’t fall into this category of women, there’s a good chance your guy has dated or been in a relationship with a woman who enabled him to not have to do much.

When a woman demands or pressures a guy into doing something, she typically doesn’t get what she wants. This is because no one likes feeling manipulated and being told what to do. If you want to inspire a man to step up and take the initiative, the way to do so is by who you’re being.

…but you can change that

You might think this is about having to be someone different and playing games. But it’s not about that at all. It’s about working with – instead of against – reality. If you’re doing things a man should be doing, like pursuing and initiating, it will feel more you’re competing instead of creating the connection you desire. The reality is masculine men don’t want to compete with a woman. They get enough of that at work.

With a woman, they want the kind of close connection they don’t get at work nor with their friends. This means creating the kind of space that inspires him to lean in towards you. So if you’re the one usually leaning forward in your love life and don’t like how things are going, relax, lean back, and let him pursue you.

By relaxing and leaning back, you’ll be less desperate, more desirable, and allow your inner beauty to shine. And in the process, he’ll begin to feel valued for all of who he is and the things he brings to your love life.

Do you think guys have become lazier in love, and if so, why?